Pirates vs Ninjas by forrestimel

Pirates vs Ninjas by GENZOMAN

Pirates vs. Ninjas by GURU-eFX

Alright, I just heard of Pirates vs. Ninjas and I think the concept is pretty darn awesome!

[YOU: Haven’t heard of Pirates vs. Ninjas? Where on the internet have you been?

ME: Mostly under rocks and pretending to be a Jedi.

YOU: Oh… That explains it.]

So let’s get things kick started. After all I have been gone for a long time.

[YOU: Yah, where have you been?

ME: Writing a book about Pirates and Werewolves.

YOU: Oh… That explains nothing.]

Me Picking A Side: After intensively studying Ninjas all of my life (TMNT) and deeply researching Pirates (writing my book). I know that Ninjas would win hands down in a hand to hand fight. But at a range the Pirates would have the advantage. We must consider where these two foes meet. Should it be on land, the Ninja’s home? Or at sea, the Pirate’s domain?

[YOU: That wasn’t much of a side choice.

ME: Do I ever choose a side? I’m saving my ultimatum till after the statistics.

Ninja’s Weapons: Let’s start with the Ninjas. “Like Master Splinter says, ‘Anything can be a weapon in the right hands.’” Leonardo while being chased by Triceratons. (Pardon the TMNT reference.) Ninja’s use a variety of weapons. Each individual spends years mastering each weapon he chooses to have in his arsenal. Katana, Nunchaku, Staff, Sai, Kusarigama (metal weight attached to chain attached to a sickle), grenades (both the exploding kind and the poisonous gas producing kind), bows and arrows, and Shuriken. I’m sure there’s more. Also the hand claws Tekko Kagi.

Pirate’s Weapons: Pirates may not have practiced all of their lives honing their abilities with each weapon. But make no mistake. When robbing another ship each pirate wanted to be good enough to still be alive by the time the plunder was distributed. Pirates often carried: A Brace of Pistols (or more), a Cutlass or Broad Sword coupled with a Dagger (Block with the Broad Sword and stab with the Dagger), Cannon, Grenades (yes they had them too: exploding kinds and blinding, gagging smoke kinds to drive enemies out of the hold), Muskets, and Hand Cannons.

On Land: If Pirates were to come invading a Ninja’s monastery or castle or nearly anywhere on land they would surely find themselves outmatched. The Ninja’s have stealth on their side. Every tree casts a shadow. Ever shadow conceals a ninja. They would draw near the Pirates and engage them in hand to hand combat before the Pirates had any chance to bring their muskets to bear. But the Pirate’s pistols would still come into play because these are close proximity weapons.

At Sea:  Is there any doubt to the winner here? The Pirates know the seas. Naval combat is a big part of what they do. If the Ninjas could have any chance they would need to use row boats, under the dead of night, with cloth wrapped oars, while the Pirate ship was in port. On the open sea an exchange of cannon fire would leave the Ninjas decimated. If the Ninjas managed to bring the two ships together (I assume Ninjas would seek out lighte nimble craft) the battle on deck would be bloody. There are no shadows on the deck of a Pirate ship. They would be lost without the element of surprise.

One And The Same: During the 1800’s piracy in the South China Sea reached a climax. To the point where Chin Shih commanded six fleets of Pirate vessels, her personal fleet had approximately 400 junks and nearly 40,000 crewmen. These Pirates certainly had Ninjas in their number. Even Ninjas fall on bad times and need to seek freedom from the oppressive systems of government.

Ultimatum: Pirates would win. They after all, spend their short but full lives fighting for a living. And fighting in close quarters. Ninjas would win. They after all, spend their entire lives perfecting their arts of fighting and espionage. But, if you really think about it, Pirates are all around more fun. In the words of Jack Sparrow, “What a ship really means is freedom.” Everyone loves a bloke fighting for his freedom.

What’s your favorite Pirate or Ninja? Who do you think would win in a battle at sea? On land? What would you rather be, Ninja or Pirate?

My First Video Link: One of the best Pirates vs. Ninjas videos on YouTube. 🙂

P.S. Special thanks to Deviant Artists ForrestImel, and GENZOMAN for letting me use their art in this post. I have more fun when I get to share.

P.P.S. Just a note to all young viewers. Deviant Art is a cool website for art but make sure you have your parent’s permission before checking it out. It often contains risqué artwork that should be avoided. Best bet, just enjoy the images here. 😉

Sing it aloud me hearty!

The Most Awesome Posts?

Be Awesome with me Elsewhere on the Web :) 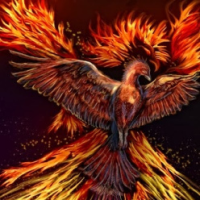 Your Promotional Needs at an Affordable Price!

This WordPress.com site is the bee's knees

A place for my reviews.